In the past, people developing platforms had to create and connect to a DesktopAgent, manage channels, and perform other tasks to meet the FDC3 standard. OpenFin simplifies FDC3 platform development by providing a built-in DesktopAgent (called the Interop Broker) which provides built-in System Channel and App Channel management.

We simplify things for platform developers, too

An OpenFin platform comes with an out-of-the-box Interop Broker which handles cross-app communication for you. This simplifies the paradigm for platform developers, letting you focus on the code that delivers benefits to your users.

Using your own channel management system

You have the option to write your own channel management system. This can be implemented by using another set of two APIs, specifically in your default platform window (not the Interop Broker):

You need to provide your own UI to show the channels and allow their selection, but these two APIs will control the logic that executes when the user clicks your controls.

Just like application developers, platform developers need to know only two primary APIs to handle intents, but there’s a bit more work to do behind the scenes. 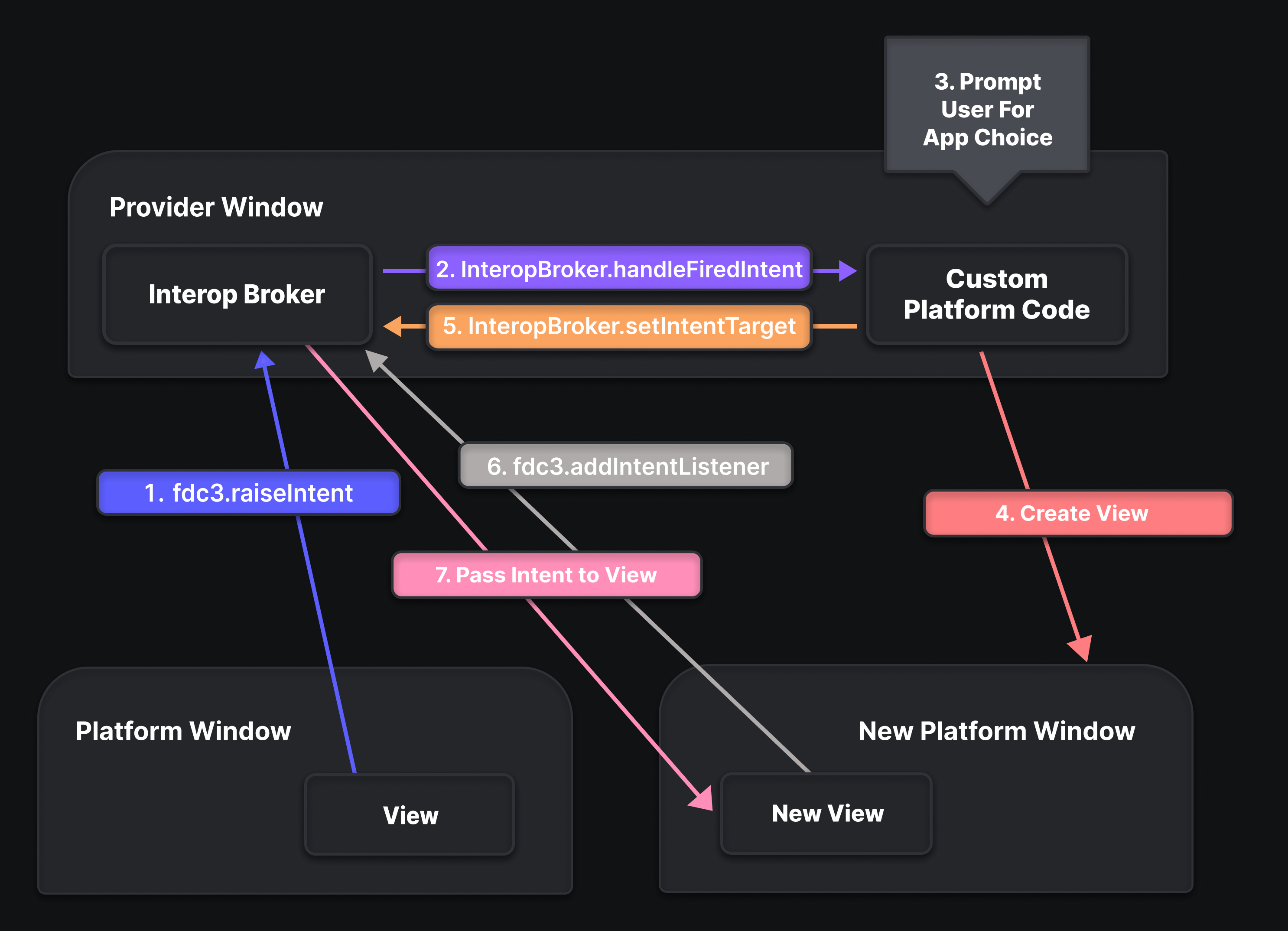 Your platform will already have an Interop Broker up and running, and it handles much of the work for you. The work you need to do is in these two functions:

As a platform developer you only need to do two things:

To explain this in a bit more detail::

OpenFin supports 100% API compliance with the FDC3 spec for intents.Therefore the following methods are available:

The fdc3.findIntentsByContext method also returns a AppIntent promise which is described above.

Updated over 1 year ago